WE have been reliably informed that the Senate has approved the National Youth Service Corps scheme for graduates of National Open University of Nigeria (NOUN).

The approval followed the passage of the National Open University of Nigeria Bill sponsored by the Chairman, Senate Committee on Tertiary Institutions and TetFund Sen. Jibrin Barau during Thursday’s plenary. According to him, the Bill seeks to address issues relating to opening access for the teeming youth and adult working population to fulfill their dream of acquiring tertiary education.

In Summary; NOUN Graduates are now eligible for NYSC and Law School!

On Thursday, Mr. Abikoye who happens to be the first acting registrar for the Ilorin study centre of the National Open University of Nigeria (NOUN) in a granted interview by whose statement affirm that gone are those days when people were skeptical about pursuing academic career at the pronounced citadel of learning.

He confirmed the recent viral information available in the public domain which speculates that the graduates of the of the National Open University of Nigeria (NOUN) would soon join their counterparts from other Universities and Polytechnics in the country to observe the one year mandatory National Youth Service Corps (NYSC) programme as well as partake in the Law school programme (i.e. for their law students).

He attributed the long-time exclusion of the university to public misinformation as to the difference between Open and Distance (ODL) and the part time studies programme.

In the interview, Atikoye aired the on-going talks between the management of the National Open University and the concerned stakeholders’ of the said NYSC scheme and Law school respectively and opined in optimism that the current talks will definitely give-birth to their students being absorbed into the scheme and school without further prejudice .

“The denial of our graduates in participating in the NYSC scheme is based essentially on the general misunderstanding of difference in concept between open and distance learning system, which Nigerians have equated with part time studies. But open and distance learning are not exactly the same as part time study. Open and Distance Learning is a standard form of education and it is the vogue in many advanced countries today” Atikoye argued.

In his statement, he went ahead to further reaffirm that the operations of the university are under the strict supervision of the National Universities Commission (NUC) and that the university has continually retain the secured accreditations from the commission due to its top notch academic and non-academic compliance with required standards. 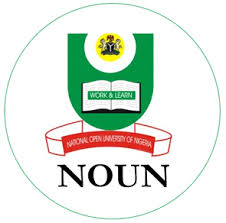 Aligning the academic materials of the university with the conventional tertiary institutions which are being facilitated by seasoned academicians who go through varying intellectual rigour to make sure the materials are of not only local standard but also compete in the international curriculum.

“Our materials are of great envy by others, it may surprise you to know that some lecturers, departments, or faculties in all those notable conventional universities leverage on our academic materials as a model to theirs. They refurbish them and release to students as lecture handouts” says Abikoye-using this to correlate the standard of their material and products thereby exulting the Open University.

Mr. Abikoye said the NOUN University has world standard and operational research laboratory and engineering workshop at the headquarters and in some selected study centres within the borders of Nigeria.

He maintains that even in centres where there seem to be no laboratory facilities due to some uncontrollable circumstances, the Open University do undergo a sort of memorandum with conventional institutions within the same environment of the school so as not to deprive her students of any scientific verification assignments.

The institution also boast to have set up two skills acquisition vocational centres at appropriate certificate levels to further groom graduates and post graduates which are not common with conventional counterparts.