The Lagos State University, LASU Sandwich Programme Admission List (Batch C and Batch D) for the 2018/2019 academic session has been released and published on the college’s portal for checking. 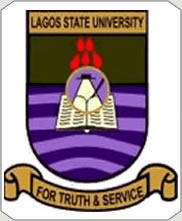 THIS is to inform the general public that the school management of Lagos State University (LASU) has released the Batch C Sandwich Programme Admission List for the 2018 Modular year.

The names of admitted candidates into this batch are contained on the attached .PDF document below;

Update: Lagos State University Sandwich Admission List (Batch D) has been released. All the candidates whose names were not published on the Batch C list can now check their admission status;