The Joint Admissions and Matriculation Board, JAMB on Tuesday, 20th March said that the results of 111,981 candidates who sat for the 2018 Unified Tertiary Matriculation Examination, UTME had been withheld for “further screening” while 1,502,978 UTME Results has thus far been released. 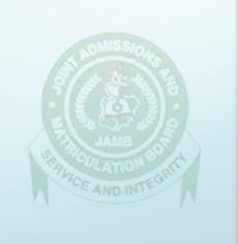 The JAMB’s Head of Public Affairs, Dr. Fabian Benjamin, who stated this in a release, noted that the results of the 350 blind candidates, who took the 2018 UTME, had yet to be released.

The JAMB spokesperson said on Tuesday that 1.5 million results had been released while 111,981 were withheld for further screening.

If you check your 2018 UTME result and you see “No Result Yet” know that your result is among the 111,981 that were been withhold for screening. Hopefully, it will be out anytime soon.