THE management of Federal University, Dutse, (FUD) has released the UTME Admission List of candidates who are offered provisional admission into the Institution for the 2019/2020 academic session. 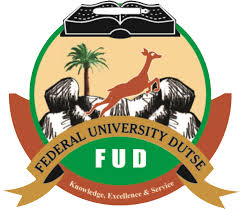 The released FUDutse UTME admission list has been uploaded on the college website and all the candidates who participated in the Post UTME screening can also check their admission status on the JAMB Admission Checking portal.

The FUD Admission List has been forwarded to the Joint Admission and Matriculation Board, JAMB and candidates who took part in the aptitude test can check their admission status on JAMB Admission Portal HERE.

Note: Federal University Dutse UTME Admission List (first and second batch) has been uploaded on the college’s portal. Please follow the steps below to check your admission status.

Step 1: Applicants should visit the College portal at http://myportal.fud.edu.ng/

Step 2: When the page loads up, click on the button that says “Check Admission”

Step 3: Enter your JAMB Registration Number in the space provided and then

Successfully admitted candidates are advised to go to JAMB CAPS Website to “Accept” or “Reject” the admission offer.

Admitted candidates should ensure to indicate the Acceptance of this admissions offer on the Joint Admission and Matriculation Board, JAMB Central Admission Processing System, CAP Portal, Printout the JAMB Admission Letter, which should be presented along with original copies of JAMB Result slip, Academic Credentials, for clearance at the respective Departments/Faculties.

Note: Those whose names appeared on the admission list are advised to upload their O’Level results on the JAMB website.

Admitted candidates should CLICK HERE for details on how to pay their acceptance fee and collect their admission letter. Congratulations!