This is yet another update on ASUP, COEASU Strike, and personally we are tired of the stories of the strike going to end today, or next week, or worst still, SOON. We just want to update all the Polytechnic Students on the latest news on ASUP/COEASU, if not so, Nigeriaschool will not publish any super-story again until the strike is called off 😀
The Federal Government and Academic Staff Union Of Polytechnic are not ready to give us the final date when this strike will be called off. They keep beating around the bush… Anyways, here is another good news from a reliably source (Vanguard Newspaper online) that ASUP Strike will be called off SOON. (Yes, this is another SOON, we are waiting for the FINAL soon.) 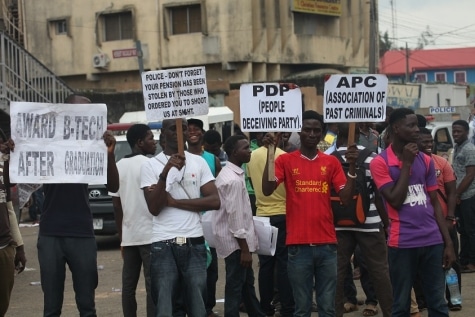 ASUP and COEASU strikes will soon be called off

Article Source: The article below is culled from Vanguard Nigeria.

Supervising Minister of Education yesterday, slammed Council members of tertiary institutions, that they should stop localizing appointments of Vice-chancellors, Rectors and Provosts in their domain.
Wike stated this while meeting with Heads of Federal Tertiary Institutions to discuss challenges facing Public higher institutions in Nigeria.
On the ongoing discussion on dichotomy between polytechnics and universities, he said the strife among polytechnics lecturers is not creating enabling environment to build capacity for adequate teaching in polytechnics.

As the Chairman of Governing councils colleges of Education, Emmanuel Nosike, said the on-going strikes by the Academic Staff Union of Polytechnics, ASUP and Colleges of Education, COEASU will in few days be called off.
According to Wike, “Federal Government has no business in the appointment of vice-chancellor, rectors and provost but what is important is to ensure that due process is followed.

“They are federal government institutions and not community schools. So we must encourage everybody that is qualified to via for a position without consideration of where the person comes from.
“Even when people apply for a position but because he or she is not from a particular local government despite the fact that he is from the state, the council still discriminate.

“This is a federal government university appointment and they are intellectuals. Appointment of VC, Provost and Rectors should be based on qualifications not local areas”.

“The same people who are calling for dichotomy don’t want Professors in their schools, yet you want to award degrees like universities and don’t want to have professors amongst you.
“It is imperative for us all to allow efficiency to rule. We might not be 100% right but we must do the right things all the time”.

On security, Wike, tasked all the Heads of Fed Tertiary Institutions to be at alert and vigilant.
“We all know the security situation in this country and we must all be at alert and have people who are monitoring your campuses”.

Mr Nosike also said that the council members were advised to enforce laws empowering them to appoint the Head of Public tertiary institutions.
He however said that the members would encourage merit and would allow efficiency to thrive in their various institutions.