WE are using this platform to inform the general public and most especially all the candidates who chose Alvan Ikoku College of Education, Owerri as their choice in the 2015 UTME and participated in the screening exercise that the 2nd batch list of admitted candidates for the 2015/2016 academic session has been released.

Related: Alvan Ikoku 1st Batch Admission list has been released already, if you are yet to check it, click here.

The alvan ikoku 2nd admission list released is published on the school board as well as the school official portal for checking. If you prefer to check yours online, follow the steps below; 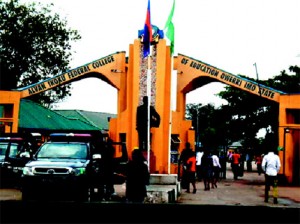 If you are among those whose names appeared on the second batch admission list of Alvan Ikoku, and you want to accept your admission, you are advised to go to the ICT centre or GTCO Calscan office in the school campus to generate an access code with which you can pay the acceptance fee.